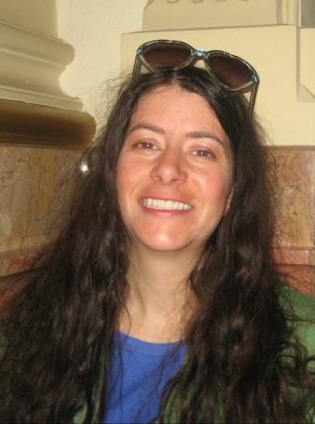 The temperature is pretty mellow out there but things are starting to heat up on the revelation and exposure front here in CO, from so-called computer malfunctions, to state laboratory employee malfeasance, to big talkers traveling lawyers making felonies into misdemeanors…  And we will cover it all, as well as stirring up a lil old fashioned fabu for gay pride week, so get out your reading glasses and get some caffeine its newsletter time! I hope the new section headers are helping you cover things by grouping links to like topics…
NEW CO DUID LAWS BASED ON LIES:
people laughed when I testified that given the decreased budget and increased blood testing pressures for DUID this might become a problem… I predicted this would be the case 2-3 months ago… so hard to be right all the f’in time… sigh… actually she did not testify re the DUID this year because this investigation was under way (and Im guessing she knew what the outcome would be)… and I testified back in march that the reason the state was using a private lab owner to testify about blood levels instead of a state employee was that the state knew that their top employee was no longer a credible witness. wish I knew what day that was so I can find proof that I called this months ago when only the DAs knew and were suppressing the info during the damned legislative session to pass laws that would make their job prosecuting ambiguous Cannabis cases easier….
Report: former state crime lab supervisor involved in possible cover-up kdvr.comDENVER — An internal review of the state crime laboratory, which concluded in March but was only released on Friday, reportedly found that the supervisor overseeing the lab often biased in favor o…

so the DA’s and for profit prisons and secondary services all got what they wanted “at any cost” but here are the real numbers (i’d like to think my timely warning to stay alert helped… but these numbers are so low at the time enforcement efforts are so up, that I know its not education working here, it is the fact that cannabis use does not usually correlate with impairment.
DUI arrests down, fatalities up through ’13 Memorial Day periodwww.journal-advocate.com The Colorado Department of Transportation’s preliminary reports are in, and it looks like this year’s drunk driving enforcement stats bring a mixed bag: 318 driving under the influence arrests, five alcohol-related crashes and six fatalities.
only 4 of 376 arrests over Memorial Day weekend were for DUI-D, mentioned in the Agency Comments herehttp://apps.coloradodot.info/TrafficSafety/HEAT/index.cfm?fuseaction=ReportDetails so while there may turn out to be THC in some of these test results, only 1.06% to 1.25% of all arrests for DUI were non-alcohol related, The Agency Comments on the CDOT website are based on the arresting officer or drug recognition “expert” notes at the time of arrest, not blood test results. The number of DUI-D comments varies from 1% to 4% of those arrested during any one “Heat Is On” time period. The comments sometimes mention a drug by name, but usually do not. since 2009 each year that cannabis has been more accepted in CO these numbers have dropped, even inspite of the increased emphasis on THC DUID persecution w/o scientific proof of the 5 nanogram threshold. Colorado has one of the most costly DUI laws in the nation, and there are hundreds of prison guards and secondary services jobs that are funded by DUI drivers… Rep Waller the DUID bill sponsor got the largest contribution given by for profit prison industries to any member of the Colorado Legislature… NOW do you all understand why the THC blood nanogram limit passed this year?
we gotta turn these laws over before too many fall victim to the real planned crime against humanity: Supreme Court Rules That Police Can Take Your DNA Even If You Haven’t Been Convicted of a Crimewww.alternet.orgThe nation’s highest court ruled today that the police have the power to take DNA samples from people arrested for a crime.

PROBLEMS AT MMED, AGAIN:
Renewed my state MIPs license today, and got a new badge too… So here I am paid for state & local licenses twice, and some businesses still havent even had an investigator inspect them much less others that havent paid a single dime in licensing fees… I love making edibles but FUCK THIS BROKEN SYSTEM, This isnt regulation it is favoritism and selective application of the law… BUT WHEN THE LAWS ARE BROKEN AND DUE PROCESS RUNS OUT, THERE IS A NEW GAME PLAN TO REWARD THE BAD APPLES CALLED COMPUTER GO SMASHY! CO DoR and OIT Permanitly Lose MMJ business licensing info glad i have the written receipt and a copy of the file submitted… but I dont believe for one minute that the problem is a total coinsidence.
software meltdown Just in time to figure out that we prolly coulda paid to finish the system (im ok with this malfeasance as Im no fan of the system, but you knew that) or finished the licenses by now at least… these number only reflect state taxes of 2.9% in most cases these counties reaped almost twice as much revenue in local sales taxes…
http://www.colorado.gov/cs/Satellite?blobcol=urldata&blobheader=application%2Fpdf&blobkey=id&blobtable=MungoBlobs&blobwhere=1251832728888&ssbinary=true
NEWS TOWN BY TOWN:
This was on CPR monday about employee rights: http://www.cpr.org/#load_article|Can_An_Employee_Be_High_on_the_Job
D-BAG; these idiots idiot proofed the game in their favor early on…
Marijuana: Councilman on plan to weed out ‘idiots’ from Denver pot industry
re: Why is the Denver City Council taking a “straw poll” before they hear from their city attorney about the first draft??? why even listen to him at all much less bring in the DOR employees to waste more of their funding if the vote is No? Fucking retards.