I strongly suggest that City Council put the vote 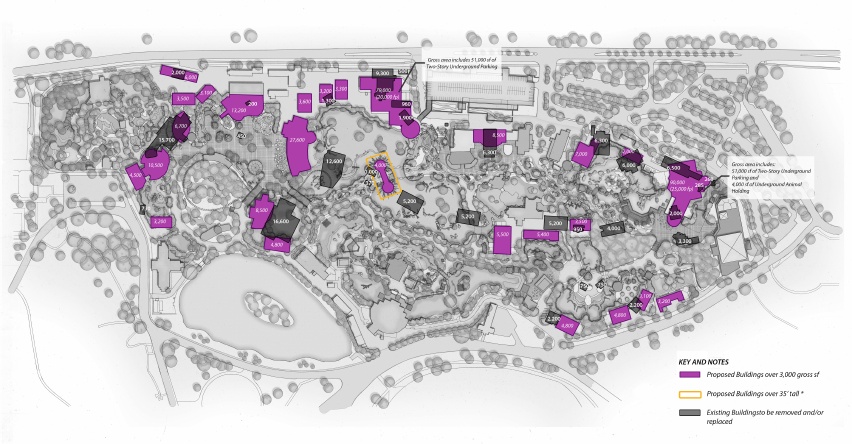 on the Zoo’s renovation plans on hold until there has been adequate time  for meaningful citizen input.

Some people seem to believe that  City Park Friends and Neighbors (CPFAN) was not notified in a timely fashion  about  the Zoo’ Master Plan and the Zoo’s plan to ask council tonight, to approve the addition of 27 , new buildings over 3000 sq. ft. , was because we are a new organization.
I would like to point out that many of the local people active in CPFAN, have been park advocates for years and in some cases, decades. CPFAN is celebrating its 1 year anniversary this April. In the year that we have existed, the Zoo could have found us for meaningful discussion about their plans before they were hatched.  We have over 250 members.
FYI : The Zoo’s George Pond was invited to come to a CPFAN meeting and speak on a topic of his choice.  He brought a facilitator and  “clickers” so that attendees could “vote” on “choices” prearranged by the Zoo.  All discussion was micro managed and was pretty much confined to what people would like  to see  planted on the south side of the Zoo. Mr. Pond, said after the voting was in, that the people’s “choices” would not necessarily be used to influence the direction of what actually happened. The Zoo master plan was mentioned in passing. there were a couple of slides of a polar bear standing next to a little girl with a glass wall separating them. There was no meaningful discussion, for example, about traffic, parking, animal well being or construction impacts on City Park and neighborhoods
The Zoo has a habit of presenting their ideas (not asking, before the fact)  to the community in this fashion. Honestly , it is insulting. They make a shallow, PR  presentation to the public and to City Council , get Council’s rubber stamp, then proceed, citizen input be damned.
I recall the Zoo’s gasification plant that Council approved last December. I  have spent months researching the negative impact of the Zoo’s incinerator  will have on the health and well being of Denver residents. The Zoo uses a PR term, “waste to energy”, to describe its biomass gasifier but It is permitted as an incinerator by CO  , the EPA defines it as an incinerator and it is a form of incineration and  it is permitted to dump tons and tons of pollutants into the air in City Park. An uninformed Council made a very bad decision not to heed the warnings of citizens who had taken the time to find out what was really behind the Zoo’s PR, about this industrial plant,  and  to allow the Zoo to put this dated ,dangerous, polluting, experimental  technology in the middle of City Park.
I hope this time that Council has the wisdom and grace to hear the pleas of citizens and  to hold off on the approval of the Zoo’s latest fiasco until a reasonable amount of time is allowed for citizen review of the Zoo’s plans and then time for the new City Council and the Zoo, to hear citizen input and incorporate it into their plans.
I think that the entire question of the appropriateness of renovating  a too small zoo with 4500+ animals , in City Park, should be addressed before Council approves a multi million dollar plan to rework the Zoo in its present location. I read in the Denver Post this AM ,that the animal wild life refuge in CO is going to welcome many  large animals that it has rescued from Peru. Frankly, they only had to look close to home, in the Denver Zoo, to find big cats and other large animals.  confined to tiny “cages.”
I hope that Council doesn’t make the same blatant mistake that it made when it voted to approve  the Zoo incinerator.
Warmest regards,
Bridget” Eileen Walsh
Broker Associate/ Owner
720.440.3562