Highway 36 – Fifty Year Privatization Contract to be Signed Next Week

via email:
Call for Public Review and Colorado Legislature Approval 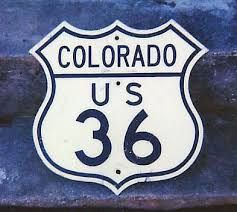 While the controversy over the rapid privatization of Colorado public highways continues to escalate, a seemingly secretive fifty year contract worth hundreds of millions of dollars, known as the US 36 “Concession Agreement” is due to be signed next week without public input or legislative approval.
“A bad deal on the US 36 Concession Agreement could cost Colorado taxpayers hundreds of millions of dollars over fifty years, place the private sector in charge of public highway policy, and mean low wages for snow plow operators and maintenance workers in order to increase profits of corporate shareholders,” explains Ken Beitel, a clean energy analyst with the Drive SunShine Institute (DSI), a Colorado based research and education organization that promotes emission free transportation.
The framework driving privatization of Colorado Highways was created under the leadership of former state lawmaker Glenn Vaad, Chair of the Colorado Transportation Committee,  Vaad has recently come under fire for accepting “scholarship money” from a D.C. based lobbyist organization in 2006, 2007 and 2008 (Source: Buying Influence Report- Common Cause). In 2009 Vaad sponsored Colorado legislation HB 09-1187 – “Allow Tolling Of Existing Toll-free Highways” that provided an option to convert Colorado public highways to full toll roads without any general non-tolled lanes. Although the bill did not pass, Vaad continued his pursuit of road privatization.
From 2006 to potentially as late as 2012, the scholarship payments received by Vaad, encouraged the House Chair of the Transportation Committee to attend  a series of private, out-of-state meetings at resort hotels with corporate lobbyists from Cintra, Maquarie and Transurban (Click to view Aug 3, 2011 New Orleans meeting chaired by Glenn Vaad).  At these meetings, Vaad is believed to have formed close ties with some of the world’s largest toll road developers- the same developers that are now bidders on CDOT transportation projects including the Cintra bid for US 36 (view CDOT privatization bidders list).  Macquarie is now the financial advisor to the State of Colorado on the fast moving $1.1 billion I-70 privatization deal. (Source: CDOT Memo: Jan 15, 2014-click here to view, Page 1) There have been loud calls for the Colorado Senate to reject Vaad’s recent appointment to the Colorado public utility commission due to conflict of interest concerns.
“Not all privatization deals harm the public interest,” continues Beitel, an advocate of free markets,  “We are calling for a 90 day public review period for the US 36 concession agreement and for the final deal to be approved and signed by the Colorado Legislature.  This contract covers a half century period – we have a fiduciary trust to future generations to ensure that what we sign here in 2014 will still be a good deal for the public interest in 2060.”
A petition calling for public review and legislature approval has already gathered more than 1,000 signatures. Public review  of the proposed contract is also expected to benefit the revenue of towns adjacent to US 36 who are now in the process of signing a revenue sharing agreement with a CDOT board to split road tolls.  The US 36 revenue sharing agreement MOU was made public yesterday and can be viewed by clicking here.
Beitel explains that the public needs to be an active partner in securing a US 36 contract that benefits the public interest. He cites a previous bad deal negotiated by CDOT, “For instance, if the 50 year US 36 deal contains a “non-compete” agreement as does the 99 year Northwest Parkway contract, it may be illegal for communities surrounding US 36 to upgrade free roadways as this could damage profits on the US 36 toll lane.” In 2008, the foreign consortium that owns the Northwest Parkway lease threatened legal action over the expansion of West 160th Avenue. The NW Parkway 99 year contract states that construction of a “competing transportation facility” would be an “adverse action,” reducing toll revenues and the number of vehicles using the parkway, and entitling the toll-road operator to compensation. (Source: Denver Post, July 24, 2008)
Another example of a poorly negotiated concession agreement is the recent privatization of Chicago parking meters.  The 75 year contract provides Chicago with only $1.2 billion over the term of the contract while the private sector operator will collect more than $11.6 billion in parking fees. Since the signing of the contract, rapid parking meter rate increases have hurt downtown Chicago merchants as shoppers fled to the suburbs. (Source: In the Public Interest Report)
US 36 opened to the public 60 years ago in 1952 and the highway now carries between 80,000 and 124,000 vehicles a day (Source: CDOT). The privatization of US 36, the key transportation link running from Denver to Boulder, is already impacting public road policy. In order to maximize revenue on Highway 36 and I-25 toll lanes, HOV usage rules are changing from 2+ to 3+ to increase the number of paying customers in the toll lanes and reduce the number of non-paying customers (Source: HPTE 2013 Annual Report).   There is also concern that the secretive US 36 deal may not support use of electric vehicles in the HOV lanes- a powerful market based incentive that can drive the purchase of zero emission vehicles.
“Colorado recently suffered a billion dollars in flood damage because of an extreme weather event that may have been linked to climate change.  Like California, our HOV lanes must encourage the adoption of zero emission electric cars, vans and pick up trucks powered by wind and solar to reduce the high costs and impacts of extreme weather events,” notes RJ Harrington, executive director of Clean Energy Action, a citizens organization that is working to create a clean energy future for Colorado.
DSI analyst Ken Beitel concludes, “Rather than the new quest to maximize toll revenues for private sector operators,  highway policy should be driven by the public interests of Colorado. Public review and legislative approval of the US 36 contract will ensure a half century of positive benefits for the people of Colorado.”