Is there an aftermath to Chive Fest? 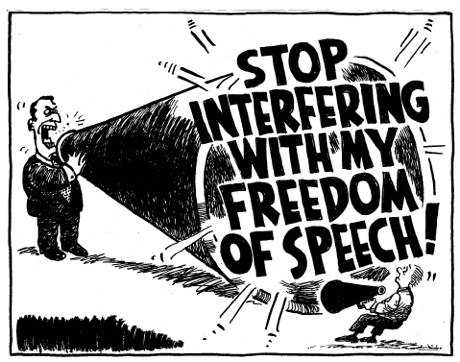 There is more information out there, and much of it I got from attending the INC PARC meeting Tuesday night (INC is a consortium of all the City’s Representative Neighborhood Orgs; PARC is their Parks & Rec Committee):
Festivals in the City were historically capped at 55dB, until 1999 when an exception was made for one festival to go to 80dB, which then set a precedent; successive festivals have increasingly requested and been granted variances until 80dB is the current accepted level by Parks & Rec. All Phases, Chive Fest producers, told us on the July 30th community meeting that they would voluntarily keep the noise at 55dB at Park boundaries.
The decibel readers came up with varied results, some volunteers reading that the concert exceeded 80dB on both  A & C frequencies on the South City Park boundary; another reader believed that they stayed at or under  80dB on the A frequency, but consistently exceeded that on the C-band reading, up to 90dB.   A resident of South City Park said that she measured 86dB in her back yard, and that when Steel Panther came on at 7:15, “four blocks of SCP could hear every filthy word, and so could all the children in the neighborhood; plus the racist and sexist jokes.”
West City Park registered in the high 70s for four blocks after Joshephine, and North City Park registered in the high 60s.
In reaction to my 8/17 article http://denverdirect.tv/2014/08/chive-fest-show-your-boobies.html, one Park Hill person on Ash described the music as “very, very loud” on Ash Street; on Eudora St, neighbors heard nothing. A South City Park resident wrote,” [My husband] and I were walking to the park earlier in the evening and we could hear the foul language coming from the band. Kids were playing right over on the playground and I remarked that this was the wrong venue for this kind of event.”
B. Public Nuisance
A resident of SCP cited the usual over-parking in South City Park and noted people peeing in and throwing trash on her yard. She tried to file a complaint about that and the noise with 311 on Saturday, but the line was down, and she was directed to call the police instead about disturbances. The District 2 Police reportedly responded, when asked by the resident to enforce City Code against public profanity and disturbance of the peace, “They have a permit.” It sounds like Parks and Rec has the ability to supersede City Laws as far as the police are concerned, alleviating them of any duty to enforce the laws. A PARC Committee member points out that Chive Fest repeatedly violated people’s right to Quiet Enjoyment of their homes, Quiet Enjoyment being a real estate concept and likely the foundation for the laws around peace and order that the City is so resistant to enforce.
Two of the people measuring the dB levels had a gentleman urinate right in front of them on 17th.

One group’s pre-planned day was ruined. Having obtained a permit last October from the City to host an event at the Pavilions on the 16th, women from Friendship Baptist Church had their long-awaited event drowned out by inappropriate noise from Chive Fest. Evidently Parks and Rec failed to check out all the permits issued for the day in the Park, and the group ended up angry and disappointed.
C. Intergenerational Schism?

While the actual issue is about City mismanagement and ignoring any neighborhood concerns involving use of Park lands, there was a group of under-40 individuals on Facebook Park Hill Neighborhood groups who defended the benefits of Chive Fest – and would likely fight to the keyboard for their right to party. Here are some of their rationale:
“- People are rude and litter all the time, not just because there’s a concert in the park.

– It was great! The performers I cared about seeing (Talib Kweli, Cold War Kids, and Edward Sharpe) were awesome and put on great sets. The beer and bathroom lines were never very long (the food truck lines did get crazy) and the crowd was friendly. It’s too bad people are spending so much time being up in arms about a band that’s pretty much intended to get people up in arms when there was so much good music to be enjoyed.

-Wow, the hatred for just one band in this lineup abounds. I’m sure they weren’t the only band that cussed, and bands have been yelling for girls to show their goods since.. Rock n roll was invented??

-I have a four year old and a seven year old. Do I want them to hear some of the words tossed around on this thread? Nope. However, it was a single day a year. People KNEW the festival was happening. People knew what the festival was about. If you don’t want your ears offended then stay home that ONE day.

More importantly, City Park is a public space. People in public spaces use language we all don’t agree with. That is life. Pussy Riot was arrested in Russia and it was a huge headline all over the world without the band name being censored.

-…there’s no freedom greater than my freedom from your sense of the acceptable. Where would it end?

-I’m tired of the vocal minority controlling the decision making process that affects myself and others. I’m hoping others feel the same way and get involved as well.”
In their world, freedom of speech seems to trump all other rights. And a little racism, sexism, homophobia? Like the City managers, if it’s just a small part of a ten-hour Saturday and only a few children are impacted, it really doesn’t matter, does it? …South City Park? They either loved the free concert or don’t live there. The larger issue of use of the Park, owned by all the people, for an event that many would eschew, with language that travels well beyond a five-acre venue – not a concern – just people exercising their freedom of speech.
In my increasingly-jaundiced view of life, I would say that Steel Panther is all about making money for themselves, as is The Chive and All Phases. They paid for five acres, and that’s where all their sick sentiments should stay.
D. City Response: Nada to date
We have 13 City Council members. Denver Direct posted the letter that I sent to them:
http://denverdirect.tv/2014/08/chive-fest-atrocious-use-of-parks.html
Councilman Brooks thanked me for my letter, said that he thought Chive Fest during the day went well and that he would check with Parks and Rec. He did not present as horrified in the least about the contents of Steel Panther. I have heard no more from him.
Doug Linkhart, City Manager of Environmental Health, responded, “From this and the other reports I’ve heard, the noise wasn’t bad in quantity, just in quality.” No biggie.
No one else in the City even bothered to respond. If they ignore people pointing out how wrong their policies are, maybe we’ll go away. Just a bunch of NIMBY naysayers.

Well I don’t think that’s what people who care for appropriate Park usage are, but we may be in an extreme minority, living in a City with a ***sucking Council and a ***ing Mayor (free speech, right Guys?) with p***sy-clamoring young people who are taking over the Parks, the world, and the City. But I’m just saying, before I check out of this one, it’s WRONG! It makes for a very ugly, mean City and completely undermines our quality of life.