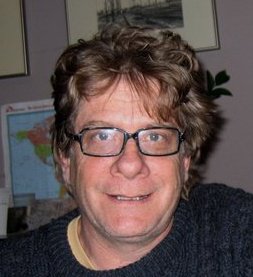 by Niccolo Casewit via FB
You Came and You Said NO! to City Loop
Approximately 100 City Park neighbors and friends came to Bogey’s on February 26, including both invited representatives (“Stakeholders”) and observers. Citizens were nearly unanimous in telling Parks and Recreation staffers and representatives to drop the proposed 13-acre City Loop Attraction and instead focus on City Park’s playgrounds.
Stakeholders and citizens told the City:
Don’t take green space from City Park for new features.
Design a playground for children. Children need a space designed specifically for them. If you try to build for all ages, you will please none. Adults who wish to run, cross-country ski, or pursue other fitness activities will find City Loop is in the way.
In crafting a new playground use natural elements, materials, and colors wherever possible.
Respect the historic character of City Park, and honor the Olmsted vision it embodies.
They rejected one of the major assumptions of the City Loop proposal: that City Park must attract “regional visitors,” i.e. people who don’t live in the central Denver neighborhoods near the park. City Park already supports regional users at the Denver Zoo and Museum of Nature and Science. In 2012, these two institutions hosted 3,330,593 visitors to City Park. We have too many people in the Denver metro area itself for the remainder of City Park to be used to attract “regional visitors.”
Participants also:
rejected the assumption that Parks should be regarded as large, outdoor Rec Centers,
voiced concerns about parking, traffic, and safety, and
expressed doubt that Parks and Rec can maintain a complex Attraction like City Loop given their poor track record in maintaining the Dustin Redd playground and other City Park features
The City told us that our feedback from February 26th will be given to the current playground designers. On March 12 the designers are to present revised proposals incorporating that input.
Please join us at the follow-up meeting on Wednesday, March 12, 6 pm, at Bogey’s 26th and York. We’ll find out if Parks & Recreation has heard what we’ve told them!
Information you may enjoy:
http://www.denverpost.com/opinion/ci_25248089/if-theres-meeting-and-no-one-attends-does
Meyer: If there’s a meeting and no one attends, does it really happen?. Maybe we can help the Denver Post to understand: Poor communication/public engagement = poor decision making = backlash!