So what ever happened with City Park Loop – (expansion of Dustin Redd Playground)? 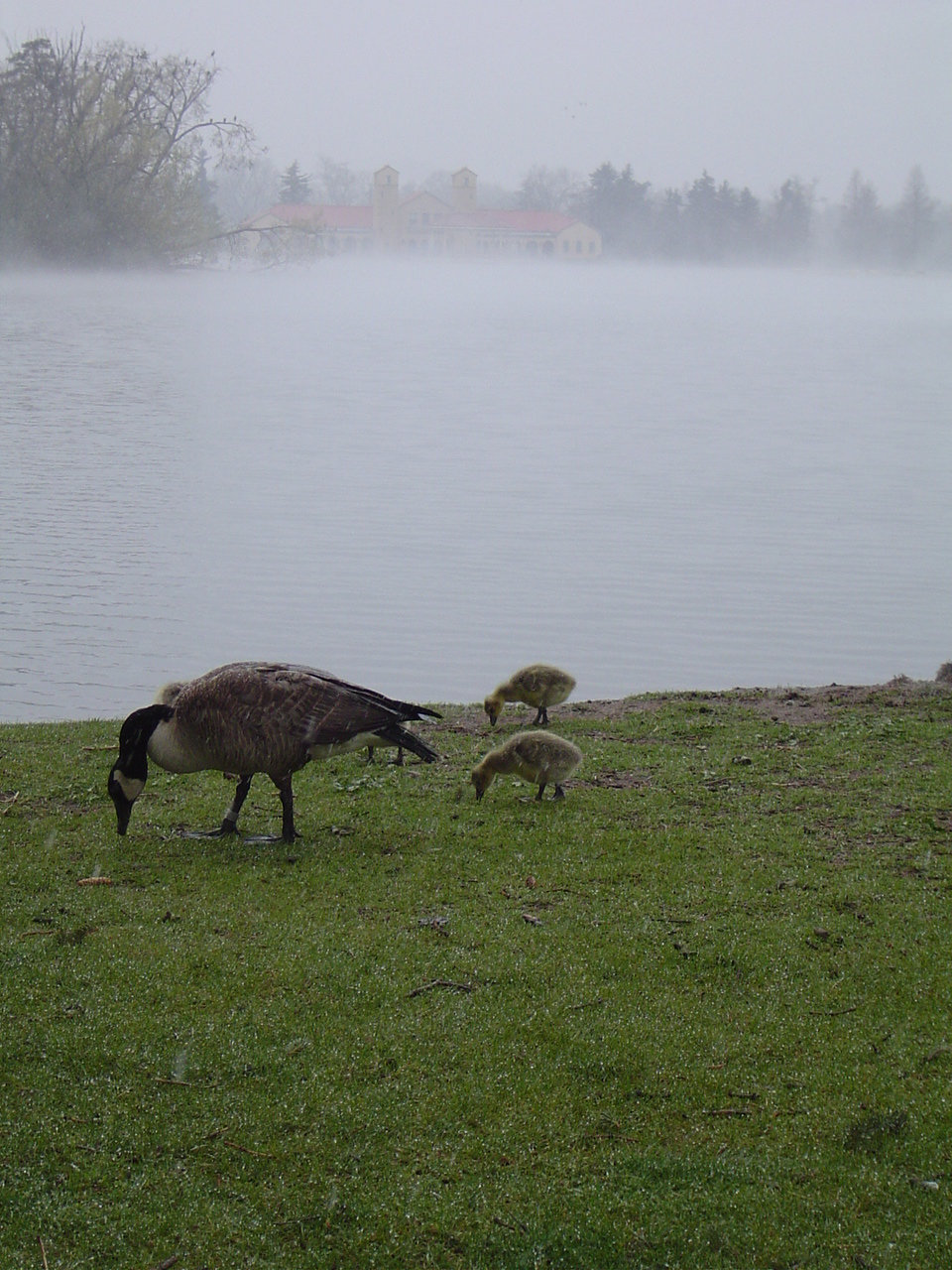 On a cold gray Saturday, 200 – 250 neighbors gathered for the “Stakeholders Meeting” at the Denver Zoo, sponsored by Denver Parks and Recreation. DPR provided coffee, fruit, and pastries – and that was after a parking lot tailgate party provisioned by the folks of StopCityLoop. SCL handed out name tags that said “I vote,” and most of the audience donned them. So many people attended that host and DPR Manager Lauri Dannemiller oversaw the needed resupply of the refreshments table.

Much speculation existed as to what the meeting would entail, and Councilman Albus Brooks had noted in a recent Denver Post article that the meeting would “bring news.” I did not see Councilman Brooks until after the meeting; he had been detained by two previous events that morning. Greater Park Hill News Editor Cara DeGette was asking him questions – check out the April 1 issue for the result of that conversation…

But back to the meeting. Lauri Dannemiller got the attention of the plethora of people from all walks of life gathered in a large room at the Zoo shortly after 10 a.m. and briefly made the following announcement:

“It’s clear that our goals don’t align with the needs and wants of the community. We are dropping plans for City Loop in City Park and are moving it to another site in the City. We’ve evaluated other sites…It will be in a neighborhood that shares our vision [regarding multi-generational active, healthy lifestyles]…”

She said that DPR has two goals re: City Park’s Dustin Redd Playground, one short-term and one longer-term. In the near term, the next year or so, she would like neighbors to collaborate with DPR in making necessary safety repairs to Dustin Redd. This would be a Community Volunteer Day and would be structured to provide light maintenance and repair to the playground. For the long term, she said that DR needs to be replaced and she will make it a priority for replacement in the next 3 – 5 years “following a public process.” She passed around a sign-up sheet.

She then enjoined us to partake of coffee, refreshments and conversation with friends, neighbors, and officials gathered. And that is what many people did.

My personal observation is that StopCityLoop and surrounding neighborhoods did an excellent job of getting people informed and turning them out, one that completely overshadowed the professional efforts by the City to turn out people to comment on designs in their years-long “public process.” I spoke with Gordon Robertson, Director of Park Planning Design and Construction and Jeff Green, Director of Marketing and Public Relations, after the meeting. They, as Lauri did, continued to hang onto the DPR positions: that the issues involve health and innovation, that they had held multiple outreach meetings during the planning process, and that our specific group represented one demographic and had derailed the project. One of my suggestions to them was that they figure out how to access informal community channels, because this huge turnout was a result of a small group of people doing just that. I also suggested that they had avoided clear and complete communication since December, and that efforts in this direction would perhaps have mitigated speculation and concern. Their City Loop web page has not yet been updated since mid-December – and it’s now March 28th! Jeff Green said that he is hiring a new person just for outreach efforts and that they will focus on outlets like Facebook and Twitter, in addition to others. I just signed up online to receive news from Denver Parks & Rec; one may do so here.

One of the annoying implications of the very brief meeting was that the neighbors assembled were not interested in preventing obesity or invested in healthy, active lifestyles. That was actually the original purpose of the grant written by DPR in order to secure funding to obtain designs for the renovation of Dustin Redd. Of course we care about these things and find them worthy of investment – in the right location, via appropriate means. Most of us now use the park via biking, walking, or running – and our kids and grandkids use Dustin Redd.

There was no acknowledgement of the concerns that had been articulated by neighborhood opposition: that Dustin Redd redesign was in fact a significant expansion into park land – without neighborhood input; that “reimagining play” was a bogus concept, and certainly not one adequately documented publicly; that Dustin Redd needs to be renovated or redone, but that kids and adults now have highly interactive, satisfying experiences there; that arbitrarily naming City Park a regional park and calling it a destination park for countless thousands daily – creates further parking overflow and congestion in the neighborhoods; that the Denver Museum of Nature and Science and the Zoo have both recently permanently increased their footprints, shrinking Park space, without neighborhood input; that the historic legacy of the Park demands that it be largely devoted to open space as a refuge from urban hubbub. I am left thinking that DPR had a specific plan to increase the playground footprint – before the meetings with the Regional Neighborhood Organizations (RNOs)to select a design. The “public input” sought was limited from the get-go… Ah, well.

We “won” this round by keeping Dustin Redd to its current size and by the formation of a new RNO, City Park Fans and Neighbors, devoted solely to maintaining the original spirit of the Park, as outlined by 19th century architect Frederick Law Olmsted. There are many concerns surrounding Park use that could use input of those who live around it. CPFAN is a support and advocacy group that can benefit all, including the City.
http://greaterparkhill.org/2014/03/02/new-neighborhood-group-focused-on-city-park/
Watch for the website of this new group, and sign up!

For a history of the Park and citizen activism to retain its pastoral qualities in the face of political pressure to further develop it, at different times:

http://stopcityloop.org/playgrounds/act-now/
See you at the Park!
Linda