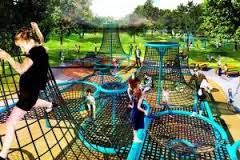 As far as we know, Parks & Rec may have invited as many as 100 representatives to participate: 42 Registered Neighborhood Organizations (RNOs) were asked to submit 2 reps each, and an unknown number of schools were asked to submit two reps each from their Parent Teacher groups (PTSOs).
As we understand P&R’s rules about such meetings, only the people invited are allowed to speak, but anyone from the public is allowed to attend. For those who aren’t an invited group representative, we suggest you wear a hat to show you’re a silenced observer. We’ve also heard that the City intends to stay after the official event is over to give everyone who wasn’t invited a chance to speak.

We’ve documented what we know as best we can, based on communications we’ve pieced together from the City.