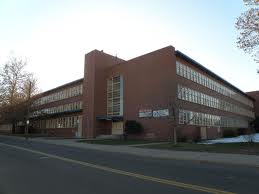 In the autumn of 1968, I was transferred from Cole Junior High School to Manual High School where my teaching career began in Denver Public Schools (DPS). Approximately sixty percent of the students at Manual were African American, approximately twenty percent Hispanic and the remainder Asians and Anglos. James Ward, first African American principal of a high school in Colorado, used a collaborative, democratic governance model in which input was sought from the faculty and community. In that hospitable environment, many students succeeded and graduated from high school prepared for college or the working world.
Contrast that hospitable environment at Manual then with the current hostile and fearful environment fostered both by Michael Bennet and now by current superintendent Tom Boasberg, at Manual and throughout the district. And, the method of governance is authoritarian being falsely characterized as “choice” and inclusive of widespread parent support.
While James Ward was Manual’s principal, Denver Public Schools were ordered in 1974 by U.S. District Judge William Doyle to desegregate. To prepare for an influx of Anglo students from the George Washington High School attendance area, Ward facilitated the organization of students, parents, teachers and interested community members into committees to plan for the integration of Manual. While other schools, including GW, encountered difficulties with the integration process, Manual smoothly transitioned from a segregated to an integrated school succeeding academically and socially until the court order ended in 1995.
Since 1995, Manual has been changed numerous times by various administrations including dividing it into three separate schools. None of the changes have been good for the school. Yet, the turnaround strategy, characteristic of corporate education reform, employed at Manual resulted in more hardship for students and parents with little or no increase in student achievement and declining enrollment. Reform has hurt the Manual community as well as other neighborhoods.
When Manual was closed in 2006, the community was taken unaware. Superintendent Michael Bennet apparently decided alone to close the school. There was immediate opposition from Manual community members. Tension, suspicion and resistance replaced collaboration and cooperation in the Manual community. A negative sentiment still persists among students, parents, teachers and community members. The district board of education and administration apparently remain indifferent to those concerns because no serious effort has been made by DPS to create a network of collaboration and cooperation from the bottom up instead of the familiar authoritarian top down approach favored by corporate education reformers.
Similar turnaround efforts have been made elsewhere in DPS with similar results. The North High community endured a “redesign” in 2007 following a period of slow but steady growth. The principal was reassigned and faculty was required to reapply for their positions. With a new principal and staff, North lost students, the dropout rate increased and student achievement declined. What happened at Manual happened at North.
Corporate education reform occurs in so-called “failing schools” such as Manual and North, schools that have high concentrations of impoverished students and special needs students. The issue of poverty is not, and has not been addressed. Instead, teachers’ unions and others who question or oppose “reform” are scapegoated and stereotyped.
Community inclusion and input may not be goals of the current school board majority corporate education reform faction. If those goals are to be realized, the community must provide the organization, passion and commitment. This district is, in my view, at a crossroads. It will be dedicated to the many, governed democratically and dedicated to the common good or dedicated to the privileged and the lucky with an authoritarian power structure as is the current status quo. It’s our choice.